Brent Mason is one of the most recorded guitarists in history. As well as being a Grammy Award winning artist he is also 14 times winner of the Academy of Country Music, the CMA (being nominated every year since 1991), a NAMMIE winner and for many years has won the annual Music City Allstars Award (the musician that has played on most songs on the radio in respect of the top ten for the entire year).

Brent was born in Van Wert, Ohio. At five years old he taught himself to play guitar by ear. He moved to Nashville after graduating from high school, in order to pursue a career in country music. Early Nashville gigs included a stint with the Don Kelly Band, a cover band who performed at the flinty Murfreesboro Road Honky-tonk, ”The Stagecoach Lounge. Eventually, he was discovered by the well-known country guitarist Chet Atkins, who invited him to play on his ”Stay Tuned” album. From there, Mason has gone on to play on well over a thousand albums from artists like George Strait, Alan Jackson, Shania Twain, David Gates, Brooks & Dunn, Zac Brown Band, Scotty McCreary, Blake Shelton and Neal Diamond. Mason also helped write McBride & the Ride’s song ‘Hurry Sundown’.

Mason signed to Mercury Records in 1997, releasing an instrumental album entitled ”Hot Wired” the same year. This was his only major-label album. He made a decision to leave Mercury Records soon after to remain in Nashville and work in the recording studio as a session guitarist rather than spend most of his time on the road touring and away from his family. He and his brother Randy released a second album, entitled ”Smokin’ Section”, in 2006.

At the 51st Grammy Awards Mason won the Grammy Award for best Country Instrumental in cooperation with other artists for the song ‘Cluster Pluck’ from Brad Paisley’s predominantly instrumental album ‘Play’.

Although Brent mainly works as a studio musician he has produced several albums for artists like Erin James, Tommy Dalton, Cindy Kvinlaug and Evi Tausen and coproduced an album with Byron Gallimore for artist Clay Walker.

In November 2013, Mason collaborated with online education site JamPlay.com to put together a series of lessons for aspiring guitarists and members of JamPlay. From 2003-2010 Valley Arts Guitar (a division of Gibson Guitars) joined with Brent to create and manufacture the Valley Arts Brent Mason Signature Guitar. In 2013 PRS Guitars created the Brent Mason Signature PRS Model Guitar. In addition he has been affiliated with Wampler Pedals for years and his “Hot Wired” Brent Mason Pedal is one of their best selling products.

In 2011 he was inducted into the National Thumbpickers Hall of Fame. 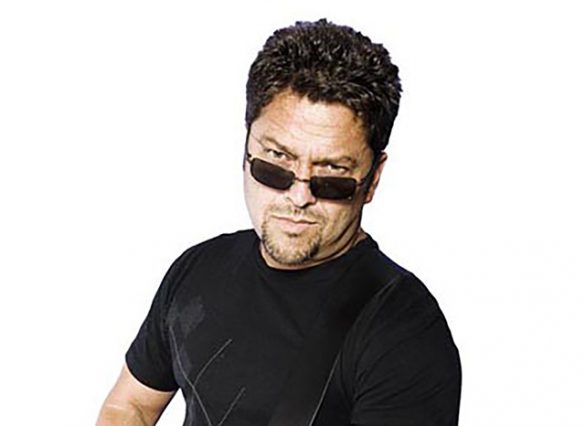