For this setup Jacky can be booked with a semi acoustic band.
At the moment she is working on a brand new theater show that fulfills her longstanding wish. Namely a tribute to her idol Emmylou Harris. All the Pearls and Hits by Emmylou will be performed by the best musicians, the “Hot Band” of the Netherlands. Jacky does not hide his love for real Authentic “Country music”. She knows like no other how to put down the real old country sound.

Jacky aka Jacqueline van der Griend succeeded Ilse DeLange as lead singer in Dutch number one country band Cash On Delivery. And she did that with verve. She won the prize for best country singer in the Netherlands no less than six times at the Dutch Country Music Association. A presentation to be proud of. Solo performances at the renowned CMA Festival in Nashville and a successful participation in The Voice Of Holland made it clear that her possibilities go very far. As a solo singer, she signed a contract with Vosound Records, the record label of Jan Smit.
Her album Living in A Lovesong has received a lot of media attention. And achieved a nice place in the album top 100. The title song and the infectious I Don’t Want To appeared as singles and were played on a large number of regional channels, including on 100% NL and on Radio 2.

Jacky also preferred the latter channel. as Radio 2 Talent. Because Jan Smit asked her to join his theater tour as a “special guest”, a lot of people were also able to see her at work in the theater.
She shared the stage with Jan Smit, Nick and Simon, the 3Js, Ilse de Lange, Waylon, Ruud Hermans and Jan Akkerman, among others. She is also regularly seen working with guitar virtuoso Johnny Bernhard and Band.

After the shows with Jan Smit, Jacky traveled the country with the Country Theater Tour called “Country Café”. 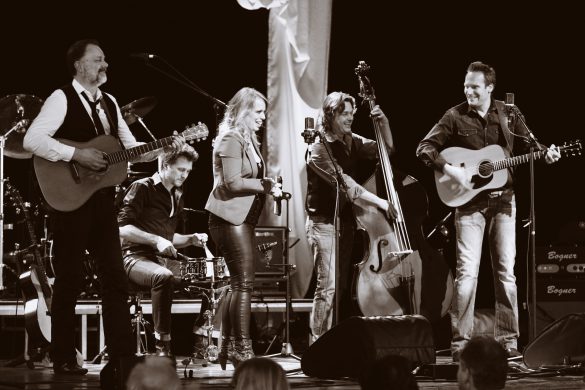