Jacky alias Jacqueline van der Griend succeeded Ilse DeLange about fifteen years ago as the lead singer in the number one Dutch country band Cash On Delivery. And she did so with gusto. She has won the prize for best country singer in the Netherlands at the Dutch Country Music Association no fewer than six times. A presentation to be proud of. Nevertheless, Jacky gradually realized that she could perhaps go much broader in terms of sound. Solo performances at the renowned CMA Festival in Nashville and a successful participation in The Voice Of Holland made it clear that her possibilities are far reaching. As a solo singer, she signed a contract with Vosound Records, Jan Smit’s record label.

Her album Living in A Lovesong has received a lot of media attention. The title song and the catchy I Don’t Want To have so far been released as singles and have been played on a large number of regional stations, on 100% NL and on Radio 2. The latter station also chose Jacky as Radio 2 Talent, giving her a was in the spotlight for months. Because Jan Smit asked her to join him on his theater tour as a ‘special guest’, many people have now also been able to see her live in the theater.

She shared the stage with Nick and Simon, the 3J’s, Ilse de Lange, Waylon and Ruud Hermans, among others.

After the shows with Jan Smit, Jacky toured the country with a “Country Theater Tour” Country Café.

At the moment she can often be seen working with Nashville Country Cafe, a theater show that can be seen throughout the Netherlands. 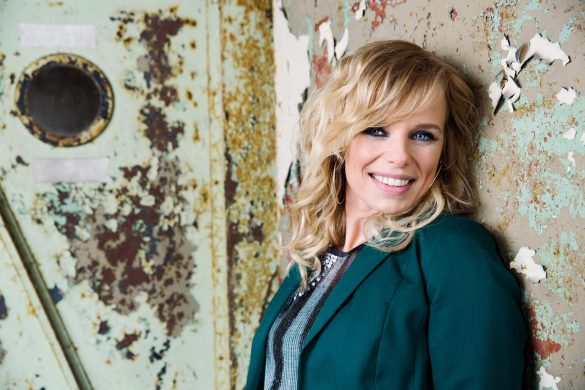