Even before Hordijk entered any talent contest, he played the drums from 2003 to 2008 in the band of his sister Lisa, ‘Left Lane Lisa’. During his participation in The Voice of Holland Hordijk scored his first listing in the Single Top 100 on 9 December 2011.

His version of the number Drops of Jupiter reached the 56st position. On 23 December 2011, Hordijk scored another listing in the Single Top 100 with the number ‘When I Get You Alone’. He reached the 61st position with this number.

Another listing was achieved on 13 January 2012, when he reached the third place with ‘The A Team.’ He also reached a number six listing in the Single Top 100 with his cover of Poker Face on 20 January 2012.

Right before the finale of The Voice of Holland on 20 January it became known that Hordijk’s debut single Time after Time entered the Single Top 100 on position 1. This first official debut single also entered the Dutch Top 40 where it got the 18th position.

In the fourth week listing, the single got a negative record in the Top 40. It made the biggest decline ever from the second place in that list, namely to number 20. This made it the least successful number 2 hit in all times. Successor ‘Wont you stay’ became a small hit, but the following single ‘Jump For A Waterfall’ failed.

On 22 January 2012 it was announced that Hordijk was going to make a new single with music producer Gordon Groothedde who was a supporter of his team of coaches Nick & Simon during his participation in The Voice of Holland. This single hasn’t been released yet. 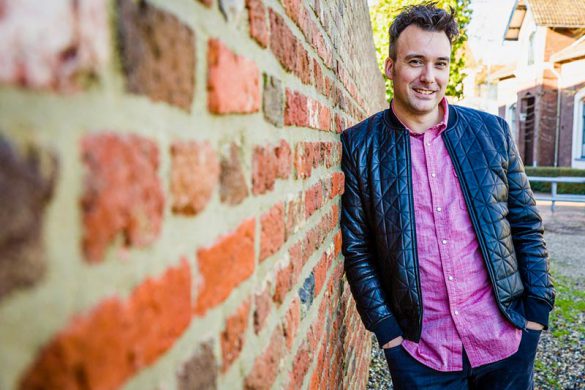